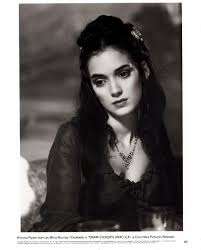 The name has several origins, meanings and derivatives depending on where in the world you find the bearer of the name. In the Western world, it is a female name, a contracted form of Wilhelmina and Hermina. It was always common in Germanic and Scandinavian countries, but was first introduced into the English-speaking world through Bram Stoker’s Dracula (1897).

It is also an Indian name, derived from the Sanskrit word for fish मीना , it is sometimes transliterated as Meena. In Hinduism, it is the name of the daughter of the Goddess Usha and the God Kubera.

It is also a common Persian female name, being derived from the Farsi word for “blue glass; enamel; lapis lazuli.” It also coincides with the name of a valley near Mecca, and is therefore found as feminine given name in the Arabic-speaking world. In Arabic it means “port; harbor.”

Among Coptic Christians, it is a very popular male name. It is borne by a renowned early Christian Egyptian martyr and saint, known in the Western world as St. Menas. Mīna  مينا‎‎ is its original Coptic version and according to legend, the saint’s mother heard a voice saying “amen” while praying for a pregnancy.

Other forms its masculine Egyptian counterpart include: