Nectar is the English form of the Greek Nektarios Νεκτάριος, which is derived from νέκταρ (nektar), meaning “nectar, the drink of the gods. Nectar is not a name that has ever been in common use in the English-speaking world, but since it is the name of several Eastern and Western Christian saints, the proper English male translation of the name would be Nectar; or it would have appeared thus in the calendar.

It was borne by St. Nectaire of Auvergne, a 4th-century Christian missionary to the Gauls in what is now the Massif Central region of France. According to Gregory of Tours, he was sent by Pope Fabian, along with his brothers, where he transformed a temple that was dedicated to Apollo on Mont Cornadore into a cathedral that still stands, and was subsequently beheaded by the local Gaulic chieftain. The commune of Saint-Nectaire in the Puy-de-Dôme department of France gets its name from him, as does the cheese of the same name; or the latter technically comes from the Marshal of Senneterre, which is a linguistic corruption of Saint-Nectaire.

The name is derived from the Gaelic, faol, meaning “wolf” and the diminutive suffix –án. It is borne by 3 Medieval Saints from Ireland, 2 who settled in Scotland and another that did missionary work in Frankish Brabant.

There is a Cathedral dedicated to St. Foillan of Brabant in Aachen, Germany.

Fillan is also the name of a place in Norway, but the name is probably of a separate etymology.

The name comes directly from the Iberian word for “saints,” since Medieval times, it was originally bestowed on children born on November 1st, the Feast of All Saints, it’s French equivalent being Toussaint. For females, the name was often used in conjunction with Maria, i.e. Maria de los Santos.

While its singular form of Santo is also used, I felt Santos deserved it’s own entry since it’s usage is specific to a Catholic Holiday.

Santos is also the name of a municipality in São Paulo, Brazil.

The name seems to be of disputed etymology, but is Arabic in origin. It was the name of Rumaysah bint Milhan known as Umm Sulaym, one of the first women to convert to Islam. Her son was Anas ibn Malik who was one of the companions of the Prophet Muhammed.

The name itself seems to have several meanings attached to it, according to QuranicNames.com, it possibly derives from رُمَيْسَة and mean “wind that scatters like dust.” If spelled رُمَيْثَة (transliterated as Rumaithah) it is the name of a place. It may also be linked with the Arabic root R-M-TH, which can mean “increasing.” Another association is that it is a feminine form of the Arabic male name Rams/Ramth meaning, “raft.”

Other sources have listed it as meaning “bouquet,” but I could not verify this information. If anyone has anymore information regarding the etymology of this name, it would be much appreciated.

Other transliterated forms include:

Rama along with Sita and Lakshmana crossing river Sarayu by Raja Ravi Varma.

The name is ultimately derived from the Sanskrit सरयु meaning “wind, air.” It is also the name of a sacred river that runs along the banks of the Indian city of Ayodhya. During Rama Navani, the Hindu spring festival that celebrates the birth of Lord Rama, many people in Ayodhya will swim in the river as it is mentioned in some versions of the Ramayana that Rama took a swim in the river.

The Sarayu river is also mentioned in the Rigveda.

In popular culture, Sarayu is the name of the Holy Spirit in William P. Young’s The Shack (2007).

The name is mentioned 2 times in the Old Testament as the name of one of the Dukes of Edom in Genesis 36:43 and the name of a descendant of Esau in Chronicles 1:54.

According to Hitchcock’s Name Dictionary it means “declaring God; chosen fruit of God,” in Hebrew. It may also derive from the Hebrew Meged El (oil of God).

In modern Jewish history, it is the name of one of the four original communities, established by Holocaust survivors in the 1940s that formed the city of Hod Hasharon.

In recent years, the name has come into common use in Latin American countries.

The name is of uncertain origin and meaning but possibly has a Semitic origin. Thisbe is the name of the lover of Pyramus in Ancient Classical literature, their story is recounted in Ovid’s Metamorphosis. Basically, they are 2 start-crossed Babylonian lovers who end up dying in a similar vein as Romeo & Juliet.

It is also the name of a city mentioned in the Bible, the birth place of the prophet Elijah and it is sometimes transliterated as Tishbe.

Thisbe is also the name of a nymph in Greek mythology who gave her the name to the town in Boeotia of the same name, it’s contemporary Greek form being Thisvi.

As for its usage, I found a record for a Thisby Gilbank born in 1604 in Suffolk, England, but became extremely widespread in England and the American colonies by the 18th-century. It may have been used in reference to both the Greek character and the place in the Bible. 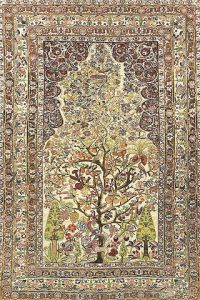 The name is derived from the Arabic root T-Y-B meaning “bliss; blessedness.” According to an Islamic hadith, this is a tree that grows in paradise.

Another form is Toba.

The city of Touba in Senegal gets its name from the legendary tree. 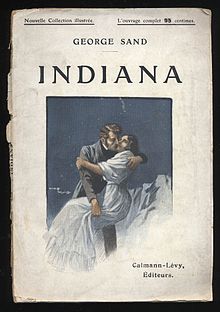 The name is said to be from the name of the Midwest American State meaning, “Indian land.” In reality, it was more likely a blend of the term Indian with the feminine Latin suffix – ana on the end. The place that is now known as Indiana got its name in 1800 and was named in honour of several indigenous American tribes who were native to the area.

Indiana has had long enough use as a female given-name in England and the United States, its earliest use can probably be traced to the 1796 Frances Burney novel, Camilla, in which it is the name of the eponymous heroin’s cousin. That same year there are several baptismal records for Indianas across England, but there are even earlier records from 1788, a baptismal record for an Indiana Jane White borne in Essex, England. The name may have been used by families who had colonist ties to India or the U.S.

It was also the name of titular heroine of the 1836 George Sand Novel, Indiana, and it appears as the name of a minor character in Edith Wharton’s 1913 novel, The Custom of the Country.

Its usage as a male name is extremely recent, in fact, it can only be traced to the George Lucas’ Indiana Jones franchise. Supposedly, Lucas named the character after his dog and was also trying to pay homage to a 1966 hero from a Western named Nevada Smith.

Currently, Indiana has experienced popularity in Australia. As of 2018, Indiana was the 78th Most Popular Female Name in Australia, New South Wales. In England & Wales, she ranks much lower at #484.

As for it being a male name, though you may have the idea of Indiana Jones stuck in your head, think about this, traditionally -ana is a Latin suffix mostly used for feminine names and nouns. A logical male form would be Indiano, and there are records for Indiano being used in the 1800s. I even found a record for an Indiano Jones born in 1840 Virginia.