Both names are derived from the Old Norse male name, Þórsteinn, literally meaning “Thor’s stone.” The name is attested as early as the 5th-century in Medieval Scandinavia and appears in the Norse saga, Draumr Þorsteins Síðu-Hallssonar.

It was transported to England by Anglo-Saxon & Norse settlers, the Anglo-Saxon form being Thurstan, and remained prevalent even after the conquest of the Normans, who themselves also used the name due to their original Norse heritage. Thurstan was borne by an 11th-century Bishop of York. Thurstan is the progenitor of the English surnames Thurston and Dustin.

The name is composed of the Old Norse elements, jór (horse) and marr (famous).

The name has recently become common in Puerto Rico and the Dominican Republic.

Detail of a sculpture of the Germanic seeress Veleda, Hippolyte Maindron, 1844

The name is Old Norse and can either be derived from the Old Norse vǫlva meaning “fortune-teller, prophet,” or a short form of any Norse name beginning in the Valr element, which might relate to valr “slain” as in Valhalla (hall of the slain) or the Old High Germanic, walah meaning foreigner; stranger”; later “Welsh.”

The name’s use was first recorded in Sweden in 1876, but may have been used in Norse times as well.

Another form is Valva.

The name is derived from the Germanic Hrodulf, which is composed of the elements hrod (fame) and wulf (wolf). The name was borne by several European rulers.

In England, it has been in use since Anglo-Saxon times, its Anglo-Saxon form of Hroðulf was usurped by the Norman Rudolph and Rodolph in the 11th-century.

In the English-speaking world, the name has come to be associated with the Christmas folk hero, Rudolph the Red-nosed Reindeer, based on a children’s book written by Robert L. May in 1939.

It his diminutive form of Rudy, often used as an independent given-name, is the one which has gained some traction in recent years. Rudy appeared in the French Top 100 between 1979-1984, and peaked at #76 in 1980. Rudy’s current rankings in the popularity charts are as follows:

Ingvar is the modern Scandinavian form of the Old Norse, Yngvarr, meaning “Ing’s warrior.” It was introduced into Russia in the 10th-century by the Varangians, which gave the world the Igor form. The latter was borne by 2 Grand Princes of Kiev and has been a favorite in several Slavic countries since. 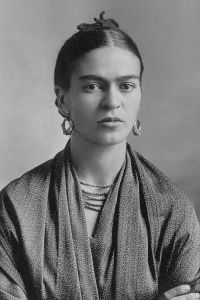 The name is either derived from the Old Norse fríðr (beautiful; loved) or the German fried (peace, joy), (which is also the same case in Yiddish). In modern Swedish, Danish & Norwegian, the name may also be associated with the word frid, which also means peace.

The name has been imported into several cultures. It is not only used in Northern Europe, but has experienced usage in Anglophone, Francophone & Hispanophone countries. A notable bearer from the latter was Mexican artist, Frida Kahlo (1907-1954).

In the United States, it currently comes in as the 693rd Most Popular Female Name. 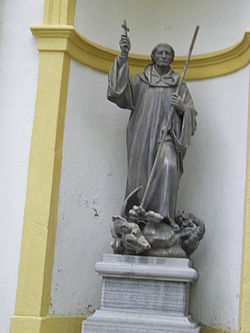 The name is from the Latin cognomen meaning “great,” and by the 11th-century, was imported to Scandinavia as a synchronized name, likely being used as a latinized form of the Old Norse Magni (power; strength).

The name was especially common among Norwegian and Swedish royalty. King Magnus I is the first bearer of the name in the Norwegian line, who was said to be named for King Charlemagne (Carolus Magnus).

It was also borne by several saints, including St. Magnus of Füssen, a 6th-century saint who is credited for converting the Germanic tribes to Christianity in what is now Bavaria.

Viggo is a popular Scandinavian male name with a long history of use. It may be a diminutive offshoot of Victor, or be related to an Old Norse element, vígr (to fight). Another theory links it to the Icelandic Vöggur, which is derived from the Old Norse element vöggr, “one who lies in a cradle.” It has also been linked with the Swedish word vigg “lightning.”

A notable bearer is Danish-American actor, Viggo Mortensen (b. 1958).

Its feminine form of Vigga has also made its appearance in the Nordic charts, which is currently the 48th Most Popular Female Name in Denmark (2018).

Both are derived from the Old Norse byname, Félagi meaning “fellow; partner; companion.”

Lauge is the Danish form while, Lage is the Swedish and Norwegian form.

Currently, Lauge is the 32nd Most Popular Male Name in Denmark (2018).