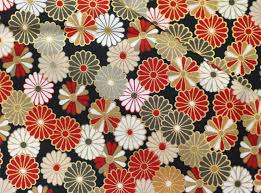 Pronounced I-yah, this name has several different origins and meanings.

Aya is a popular Japanese female name, depending on the kanji used, it has several different meanings, the most popular being 彩 (aya) meaning “colour,” or 綾 (aya) meaning “design.” In the Japanese case, it is also occasionally used on males. Other meanings and kanji characters used to represent the name include:

It was borne by an Ancient Egyptian queen of the Thirteenth Dynasty (between 1803 and 1649 BCE). Its meaning and etymology in this case is unknown.

Aya is also an Akan name, denoting a girl born on a Thursday. Its masculine form being Yao.

In Hebrew, Aya is an acronym for ארץ ישראל היפה (the beautiful land of Israel) and allegedly from  איה, איא meaning “bird” or “to fly swiftly.” It is borne by a minor male character in the Bible but seems to exclusively be used on females in modern Israel. There is a famous Israeli pop-singer who bears this name, Aya Korem.

Ayah آية is Arabic meaning “sign; clue” and refers to Quranic verses. It is also sometimes transliterated as Aya or Aja among Bosnians, Albanian and Central Asians. Another variation is Ayat, sometimes spelled Ayaat.

In Akkadian, the name means dawn and was borne by an ancient Sumerian goddess, the consort of Shamesh. The name is still used among Assyrian Christians who trace their heritage back to the Akkadian peoples.

In Tamil, spelled ஆயா, it means “old woman,” “grandmother,” or ” caretaker” and in the Nepalese language of Raute it means “sister-in-law.”

In Scandinavia, Aija, Aja & Aya are offshoots of Maria, they started off as diminutive forms but are now used as independent names. Aya is currently the 22nd Most Popular Female Name in Denmark (2018). However, I am unable to determine if in this case, it is used by Muslim families in reference to the Arabic form or if it is used by non-Muslim families in reference to its Scandinavian form. Aija can also be a Finnish form of Eija, which is from an exclamation eijaa!

In Latvia, Aija is most likely derived from aijāt (to rock, to lull) and was popularized as a given-name at the turn of the 20th-Century when it was used by Latvian author Jānis Jaunsudrabiņš for the title character in his eponymous novel, Aija (1911).

Aja is a Bosnian, Albanian & Central Asian form of the Arabic, Ayah.

In Mongolian, it is derived from ая (aya), meaning “melody.”

In Europe, Aya appears on several popularity charts, most likely used in reference to its Arabic origins by Muslim immigrants, its rankings in other countries are as follows: