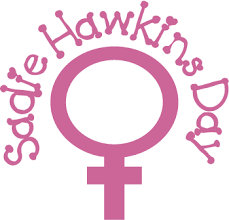 The name is a contraction of Sarah, but has been used as an independent given name since at least the 19th-century. It is also sometimes used as a short form of Mercedes.

In the United States, Sadie Hawkins’ Day is a folk holiday in which junior high girls invite boys to a dance.