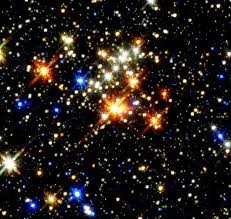 The name comes directly from the Spanish word for star and has been in use since the early Middle Ages. It was used by Spanish Jews as a form of Esther and among Christians, it was used in reference to an epithet of the Virgin Mary, Star of the Sea.

Currently, Estrella is the 420th most popular female name in the United States, (2010).

Izar is the Basque cognate.