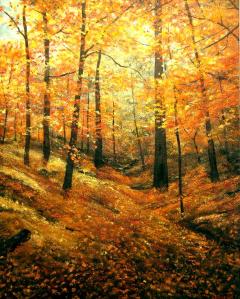 The name seems to have been invented during the Soviet Period, invented in honour of the 1917 Revolution. There is an old Soviet film (1924) entitled the Adventures of Oktyabrina. Unlike other invented Soviet names, this one seemed to have caught on, possibly more likely due to its pleasant sound and its reference to the month of October versus any political connotations. The name has become especially popular in Central Asia and Armenia. Nicknames include Okta. The name was borne by Oktyabrina Bolotova, a Mongolian-Russian olympic archer. It is also the name of a town in Magadanskaya Oblast Russia. The name is sometime transliterated is Oktjabrina and Oktiabrina. There also seems to be a masculine version Oktyaber, another one that seems quite prevalent in Central Asia.